The Comparison Table Report allows you to compare the activity over time of the different accounts you own. 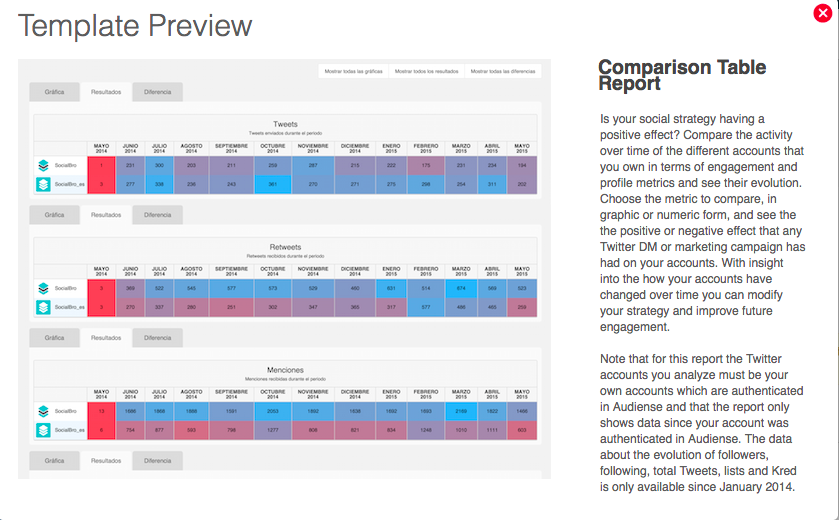 Note: This feature is only available for users with a Twitter Marketing plan or an Audience Insights plan. Users with a Free plan will not be able to see this as an available option.

Use the configure data for template drop-down menu to select the accounts the report will be based on and modify the settings as required. 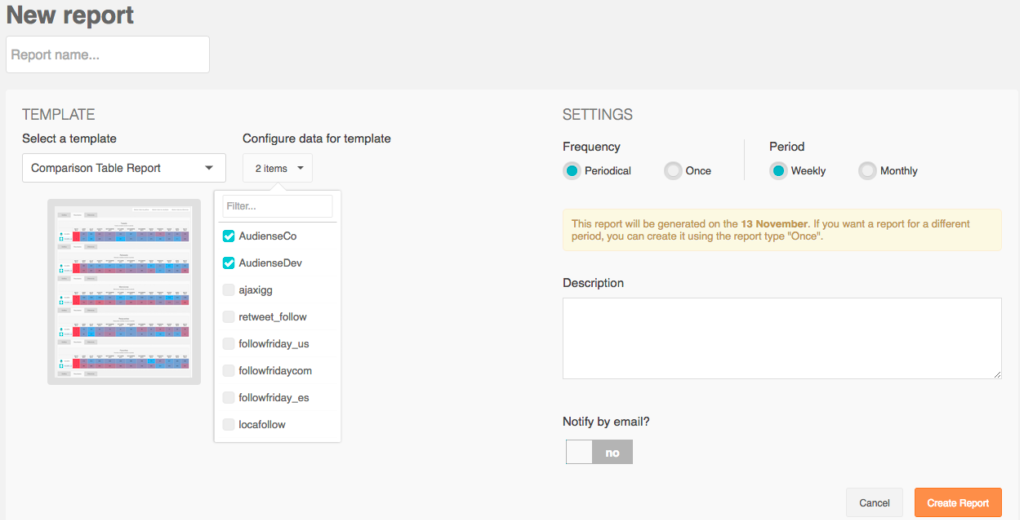 See the evolution of the different metrics in graphical form, numerical form and the variation from period to period.

Click the appropriate button below to select the format for all metrics.

Or select the tab of each metric to change the format of only that metric.

The metrics which are available for the Comparison Table Report are:

(1) Mentions are any Tweet that contains an @username in the body of the text but not at the start of the Tweet.

(2) Replies are any Tweet that starts with an @username.