This tab shows you a number of different demographic insights compared to the baseline. The graphs you will see around demographics are the following: 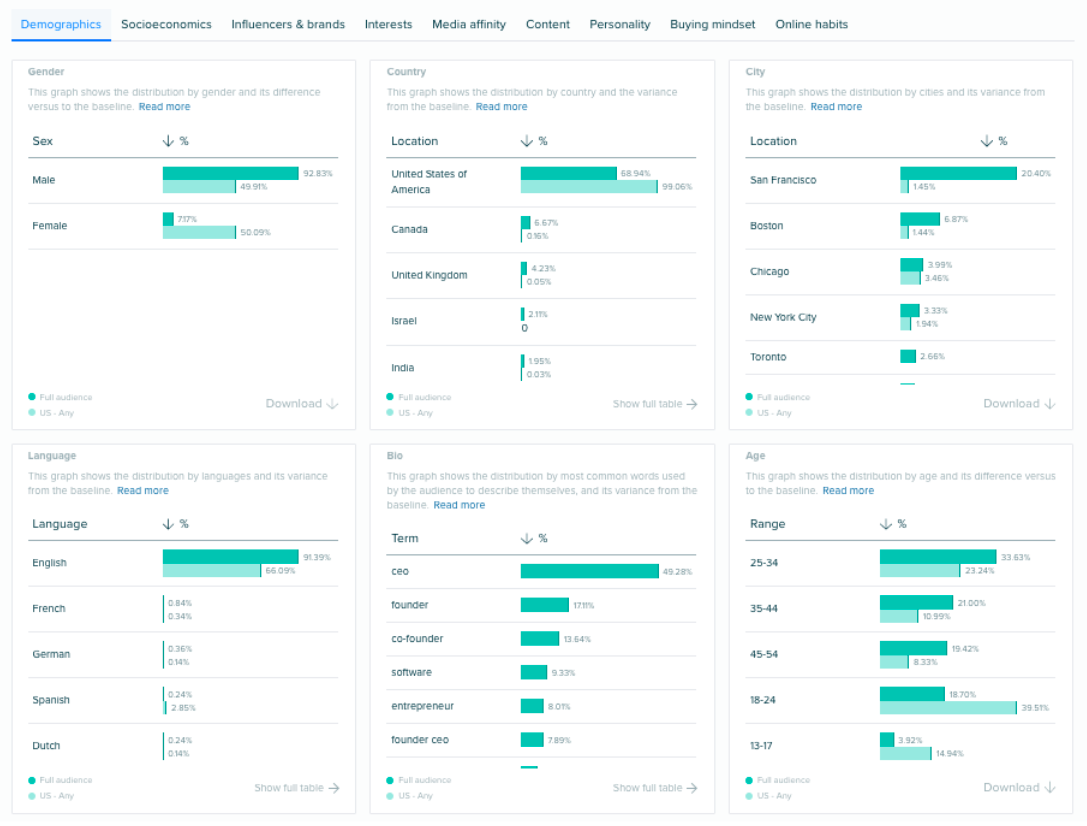 We use Twitter public profile information and our own algorithm to infer information that Twitter does not provide.