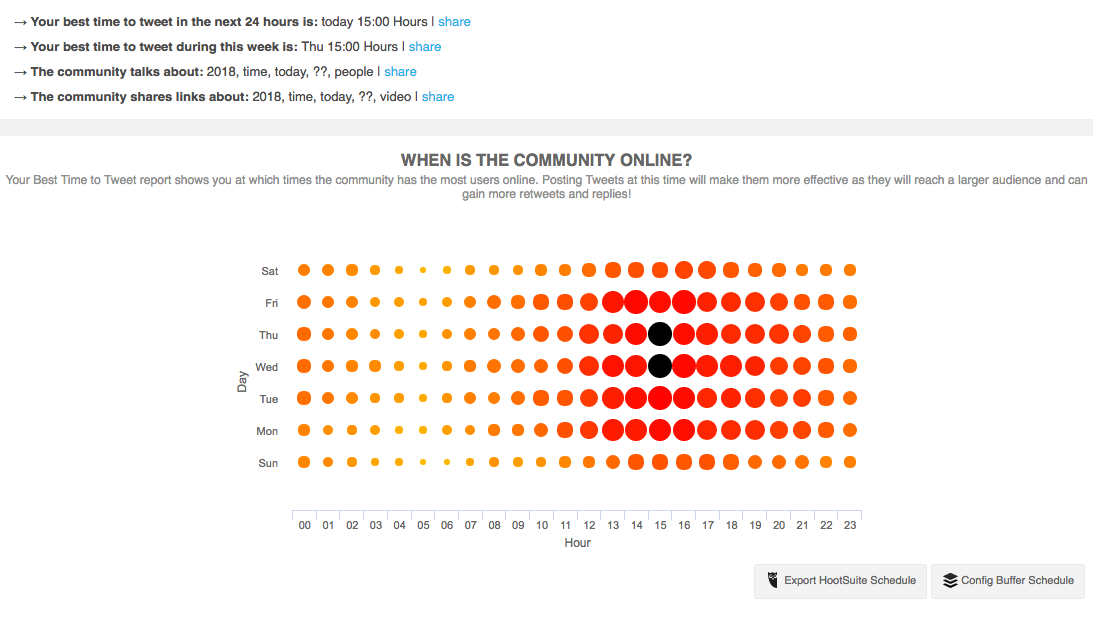 It is also possible to see when the best time to Tweet is for a specific audience. You can find more information on this here.

You can also use Hootsuite and Buffer to send out scheduled Tweets for optimum Tweet exposure.

We run Affinity Reports to see who our audience follows and what they are interested in. They are extremely useful as they provide a visual way to better understand your audience’s interests. This makes it easier to make more informed decisions about future content/sponsorships and influencers to use, which will actually resonate and engage with your audience.

To run an Affinity Report, select 'Analytics' from the top menu bar and then 'Reports' from the drop down menu. Once you've done that, click 'Create new report' in the top right hand corner.

Create a name for your report, select the template 'Affinity Report' and then configure the data for your template. If you wanted to know specifically what your followers are interested in and who they're following, for example, you'd select 'Account followers'. 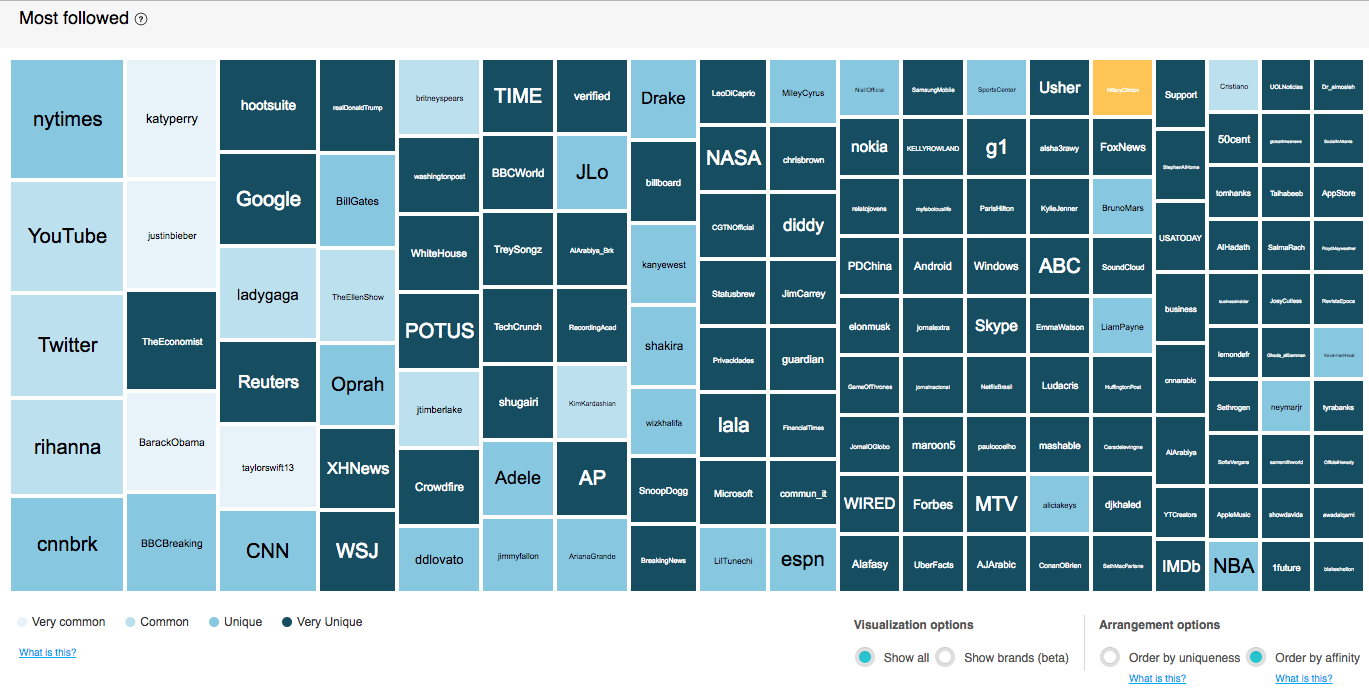 Underneath the treemap you'll see an Interests section. This breaks up your audience's interest into genres which is based on an algorithm which looks at who users follows, the content they Tweet and engage with as well as bio information. You can use the Affinity Report to understand which media your audience consume, the celebrities that influence them, and the brands they follow. 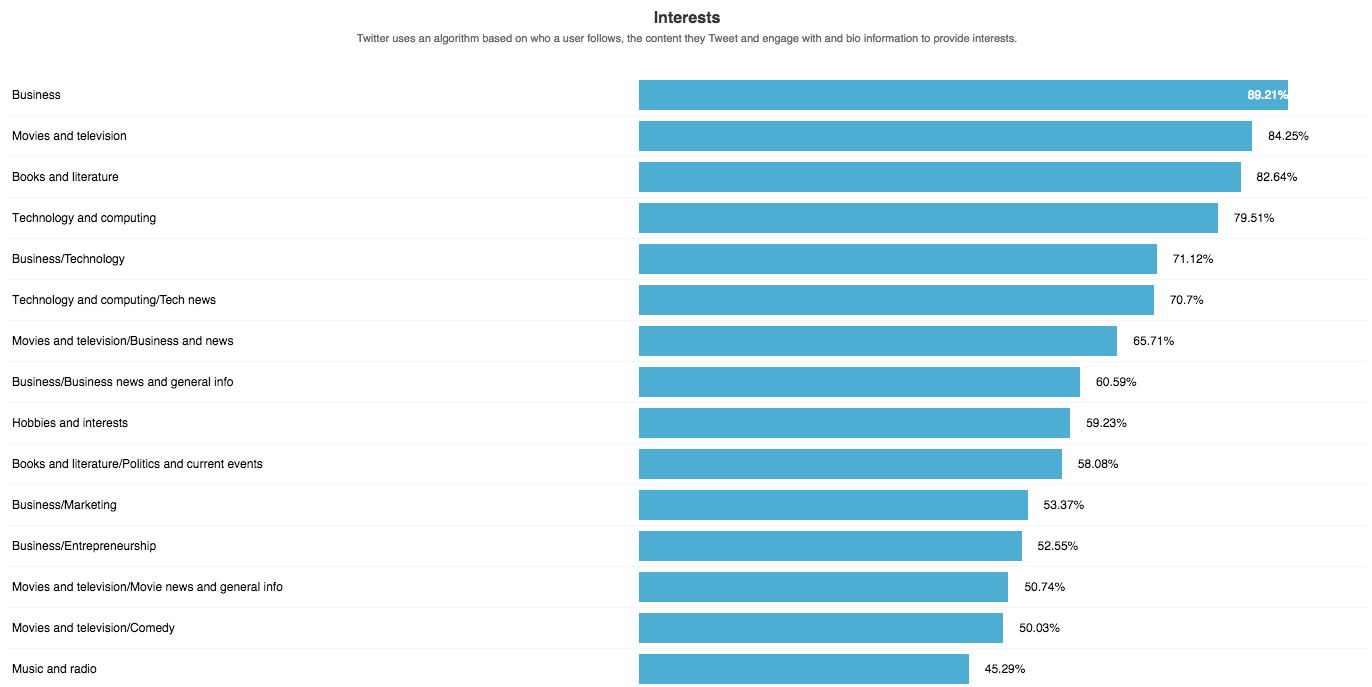 Account Comparison is an amazing way to begin to understand your competitors and the followers you share. Before you begin, ensure that the 2-3 accounts you want to compare are added into the Audiense dashboard.

To start, select 'Account comparison' from 'Analytics' and then 'New comparison' in the top right hand corner.

From there, select the 3 accounts you would like to compare but ensure the accounts are owned accounts or third-party accounts you have added as a source.

The account summary panel is pretty straightforward. It tells you how many followers on each account, how many their following, how long they’ve been Twitter active, number of Tweets sent, the ratio of followers/following and the number of tweets per day. This information can be very useful for comparing your account with your two main competitors to gain insights which you can use to modify your marketing strategy.

There are also a number of graphs under this Account Comparison that breaks this data down further. Information about these can be found here.